About Our Theatre on Ice Team for Adult Figure Skaters

“Frozen”…. our favorite fun team full of many adult skaters who have been on the ice here at the Iceplex since it opened its doors. We always welcome new adult skaters, no matter their experience or level, and we have great camaraderie. This is the Hurricane team that has qualified for the most Nations Cups World Championship events, attending all but one of the competitions, three in Europe.

This past season, the Frozen’s free skate was performed by “Villains,” This team is also lying-in strong contention for a Nations Cup qualification in 2021. The majority of the Iceplex coaches skate with the “Frozen,” too, and their classes are always Monday nights at 6 pm. Check us out if you think you might like to boot up and join us! 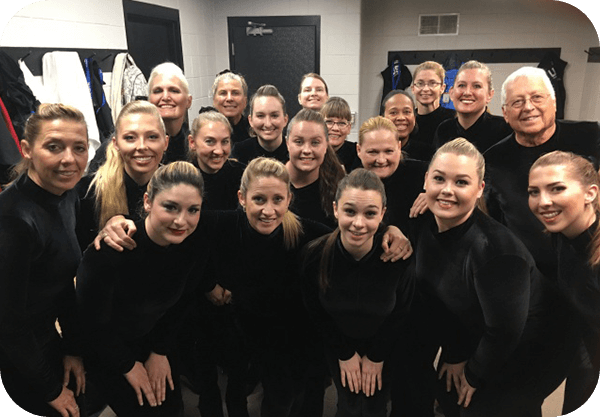 The Space Coast Frozen Hurricanes adult theatre on ice team has been performing together at National and International Theatre competitions since 2008. They originally followed in the footsteps of our junior team but have since established themselves as one of the top adult theatre teams in the country. Over the past 10 years, the team has won several National and International World medals. They have qualified for every Theatre World Championships, which has taken to Toulouse in France, Logrono, Spain, and Paris, France.

As they are affectionately known, the Frozen are renowned for their team hospitality, always welcoming new members. No matter how much skating experience and promise each week in class, they’ll have fun and push their skating and choreographic skills. They welcome any future new Frozen team members in July at the beginning of the season each year. 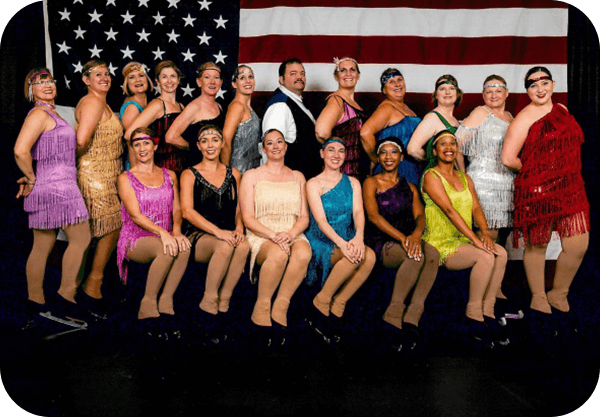 Adult Team finished fourth overall performing – Disco Mania. Welcome to Disco Mania, and we’re on our feet and looking good. Who can sit still with the lights spinning and the DJ making that turn-table play the most danceable music ever written! Get up off your seats and join us with those memorable hits and characters from the 1970s. 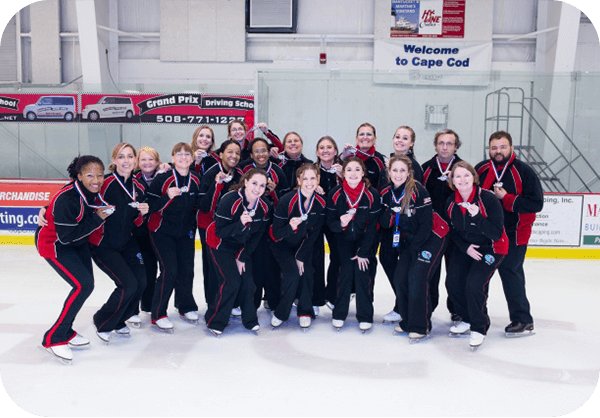 Our fun and humorous ‘Frozen Hurricanes” adult team, including many Iceplex coaches, rocked the arena in Dearborn with their Ghostbusters free skate after lying in first place after the CE! They narrowly missed the top spot but were happy to skate away with the silver medal overall and more than likely a guaranteed spot with the World Theatre team.

The adult team, our “Frozen” Hurricanes, brought the audience to laughter with their humorous “Summer Olympics in London Free Skate” routine. Complete with swimming on the ice surface section, weightlifting, and actual real cycling, it was an array of fun and games. The adult team finished in second position so well on the way to Nations Cup 2015 qualification, and we are regrouping ourselves right now to find the more mature skaters to join in our fun! 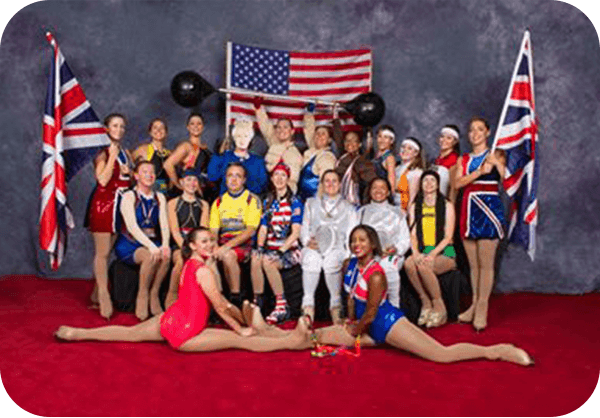